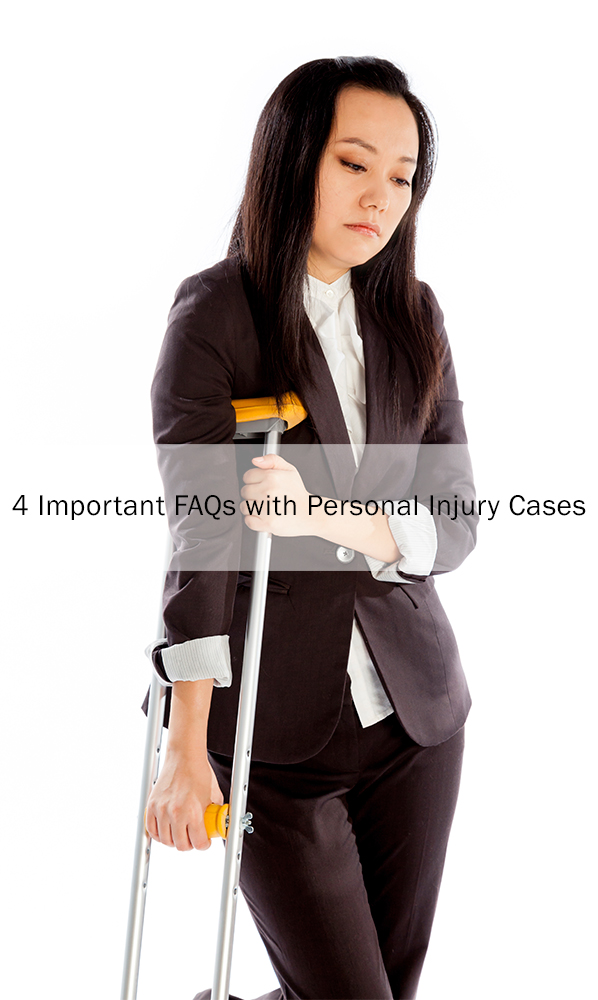 When it comes to suffering a personal injury, it does not take long for companies you believed to be on your side to turn their backs on you. Take the story of Bryan Stow, a San Francisco Giants fan who was beaten at a Dodgers game four years ago.

After being beaten by two Dodgers fans, Mr. Stow was rushed to the hospital where he remained for several months.

Mr. Stow was paralyzed and traumatically injured. The two men that beat Mr. Stow were convicted in criminal court and now are in prison.

After a four-year battle, Mr. Stow was awarded $18 million dollars from the Dodgers and the two perpetrators. He currently has yet to see any money from the settlement.

Why Does a Personal Injury Case Take So Long?

It is recommended to seek out the services of a personal injury attorney. There is a limit to the amount of time you have to bring a case to the court, so time is of the essence when it comes to getting the compensation you deserve for a personal injury case.

Also Read : 5 Tips for Choosing the Right Personal Injury Lawyer for Your Injury

The timeline for a personal injury lawsuit can move slowly. Trials in civil court have more lenient rules concerning the right to a speedy trialas stated in the United States Constitution.

Also, civil court is ruled largely by the decisions of judges rather than the writing of statutes into law. The two most common forms of settlement in personal injury cases are formal and informal settlements.

An informal settlement can even occur before a personal injury lawsuit is filed. Lawyers only accept these agreements with an approval from their clients.

Formal settlements: A formal settlement is reached after the entire timeline of a lawsuit has occurred including a complete trial. During a trial, each side is presented before a judge who then determines the winner of the case and the amount of damages that will be awarded, if any.

A client may prefer a formal settlement to a personal injury case for several reasons including exposing a company’s actions to the public, seeking restitution of a high amount, and even to accept a remedy that is more than money.

Also Read : How To Choose A Good Personal Injury Attorney In South Florida?

There are many reasons an individual may need to file a personal injury case. One of the most common types of personal injury cases involves car accidents. This type of case occurs because an injury occurs as a direct result of another person’s negligence.

The most common types of cases are the result of:

The Steps Involved in a Personal Injury Case

The clock on your personal injury case starts ticking from the moment you suffer the injury. If there is any doubt about your health, always seek medical attention for yourself. Seeing a medical professional immediately supports any potential claims by proving you were injured.

The basic steps involved in a personal injury case after you seek medical treatment are:

Hiring a Lawyer: Choose a lawyer soon after suffering from an injury. Attempting to fight a large company and settle a case for yourself may not get the results you deserve.

Lawyer Begins Investigation: Your lawyer will investigate your case including discussing your medical condition, medical record, discuss the accident with you, and get to know you as a client. An investigation helps the lawyer determine the viability and the strength of your case.

Lawyer Discusses an Informal Settlement Option: As mentioned earlier, a majority of cases are settled before they reach trial. A lawyer will discuss potential outcomes with you and help you to see if a settlement is right for you. The decision to settle or go to trial depends on the client.

Some of the practicalities you will need to consider at this point are outcomes in similar cases, the strengths of your evidence, the defendant’s resources, and what the case may be worth concerning the dollar amount you could receive.

The Lawsuit is Filed: This may be the longest stage of the process and can easily take two years before a case is brought to trial. Your lawyer will follow the pretrial procedures of the state and make sure every angle is covered before the case begins. It is not uncommon for a judge to schedule and then reschedule their appointments during the period after a lawsuit is filed.

Discovery: This process lasts up to a year and involves lining up all of the facts. Both sides take the time to study the case, ask questions, and interview all witnesses in the case. The plaintiff and defendant are looking for ways to strengthen their case through discovery.

Settlement is Discussed: At this time it is not uncommon to reach a settlement through negotiations. If both sides can reach an agreement, the case will be settled.

Trial: If mediation and negotiation do not work, the case goes to trial using all of the facts found during discovered. Again, the judge will likely reschedule many times and your trial can be pushed back more than once.

If you or a loved one is injured in an accident, visit www.glotzerlaw.com or contact Glotzer & Kobren, P.A. at 561-361-8677 to discuss your rights. Serving Boca Raton, Delray Beach, Boynton Beach, Deerfield Beach & throughout Florida.