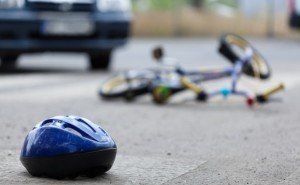 In the state of Florida, home of sunshine, great weather, and beautiful beaches and tourist attractions, there’s no wonder that there are thousands and thousands of residents and tourists. Many will walk or bike to their favorite beaches, shopping areas, or amusement parks. While the weather is perfect for these activities, the influx of people on the move results in numerous accidents each year.

For example, a bicyclist is currently in critical condition after an accident that happened on the morning of Tuesday, October 13th. The bicyclist was hit by a vehicle near Delray Beach. The bicyclist was immediately taken to Delray Medical Center in critical condition. The roadways nearby were shut down for several hours as emergency respondents reported to the scene and treated the victim.

Unfortunately, accidents such as these are all too common in Florida. Many residents and tourists often want to take advantage of the nice weather and bike to school, work, the store or their favorite hangout. And with the number of people on the roadways, the two combined equal a recipe for disaster.

Yes, it’s true that bicyclists have just as much right as vehicles do to travel on the road. However, despite even the best safety efforts, accidents still happen, resulting in horribly devastating injuries. Some injuries are so debilitating that they prevent bike riders from ever riding again.

By working with an attorney on your bicycle accident case, you can gain more insight regarding:

A bicycle accident such as this one in Delray Beach can change a life forever. But that doesn’t mean victims need to get stuck with the inconveniences, injuries, and debt—especially if a driver was deemed negligent. And you don’t have to. Consider calling a bicycle accident attorney to fight back and get the compensation you deserve.