How Common Are Nursing Home Errors?

The decision to place a loved one in a nursing home is never easy. Most families spend a long time researching facilities, interviewing staff, and searching for the best possible fit for their loved one.

Unfortunately, nursing home abuse and neglect happens more often than many people realize. According to an ABC News report, a study prepared by the Special Investigations Division of the House Government Reform Committee reveals 30 percent of nursing homes in the U.S. were cited for abuse and neglect within a one-year period. 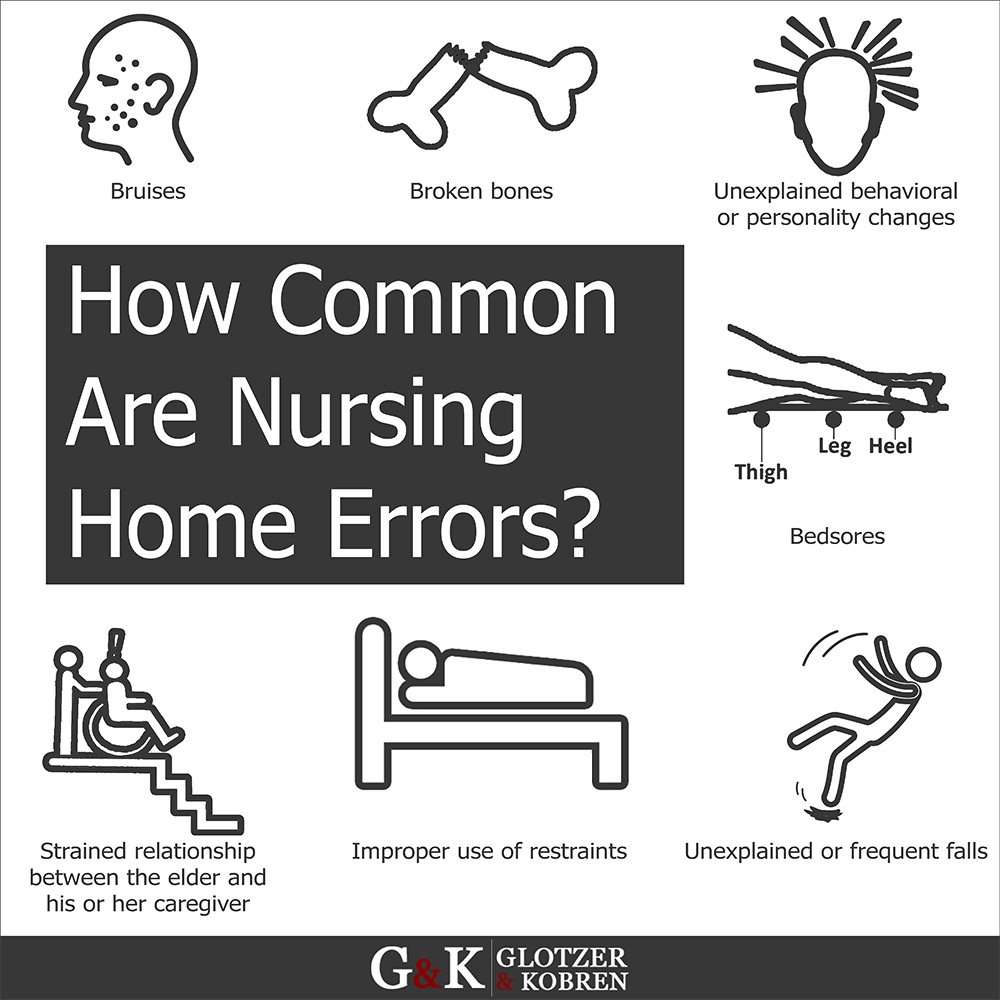 Nursing home errors can include everything from misdiagnosis, failure to diagnose, and medication errors. A report prepared by the U.S. Department of Health and Human Services (HHS) shows medication errors are among the most common medical mistakes in nursing homes.

Shockingly, one in three nursing home patients have suffered some type of medical error, with an overwhelming 59 percent of these mistakes being preventable.

Furthermore, these errors are not without cost. In addition to the devastating effects on patients and their families, these errors come at a cost of $208 million, which amounts to two percent of all Medicare inpatient spending.

The study also revealed the following:

When it comes to nursing home injuries, there are several culprits. Patients are harmed by:

As a result, patients in the HHS study suffered:

Understandably, families are devastated to learn most of these injuries and deaths are preventable.

In 2010, another HHS report stated a staggering 180,000 patients die every year from poor hospital care. According to experts, deaths are preventable by implementing the following solutions:

One of the best ways families can prevent nursing home abuse is by knowing the signs. According to the Administration on Aging, there are several things to watch for, including:

Families should also be alert for more subtle changes in an elderly loved one’s behavior, such as a reluctance to communicate. In many cases, an older person is embarrassed about maltreatment and unwilling to speak up about it. An elderly individual may also feel threatened by a caregiver, prompting them to hide his or her abuse.

Help for the Elderly and Their Families

If you or your loved one has experienced nursing home abuse, whether in the form of physical abuse or a medical error, it’s important to speak with an experienced personal injury attorney as soon as possible. You may be entitled to compensation for your injuries.