How Suffering from a TBI Can Change Your Life

Suffering from any kind of Traumatic Brain Injury (TBI) can be scary, overwhelming, and life changing. Watching a loved one suffer with a TBI can also be just as scary and overwhelming. But taking the time to learn about a TBI and what causes them can help sufferers cope, and even learn about potential legal options.

What Causes a TBI?

Like any injury, a TBI can be severe or minor. You might be thinking how a TBI could be “minor”; after all, a brain injury is a brain injury.

However, a severe TBI often involves permanent damage, such as paralysis or even significant loss of cognitive functions and abilities.

A minor TBI might involve temporary memory loss, temporary loss of motor skills or cognitive abilities, or even temporary impaired vision. But ANY type of TBI could mean death…

A TBI is often brought on by some type of force such as violent blow to the head from an accident, and ultimately causes the brain to malfunction in some way. 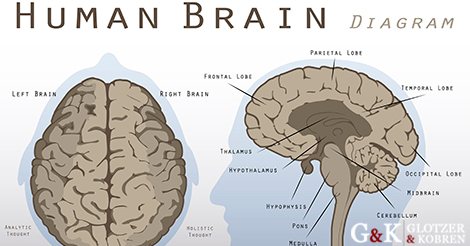 The Common Symptoms of a TBI

One of the scariest parts of a TBI, other than the risk for death, is that symptoms might appear immediately while others show absolutely no symptoms and then may occur abruptly at any point.

The effects and results of a TBI vary greatly depending on the type of accident or injury itself as well as the type of damage caused to the brain.

Here are some of the tops signs and symptoms of a TBI:

Paying close attention to an individual’s behavior and actions is important, especially after an accident that involved a blow to the head.

Symptoms of a TBI might resemble those of a stomach bug or other illness. This is why it is important to familiarize yourself with the common symptoms of a TBI in order to recognize them should they occur.

What is the Difference Between a TBI and ABI?

We just explained that a TBI is often brought on by force or a violent blow to the head, such as from an accident can be either open or closed.

An open TBI is when something opens and penetrates the skull and hurts the brain, such as gunshot or other type of weapon.

A closed TBI doesn’t involve any type of penetration to the skull, but can often involve a bruise, bleeding or swelling

Some examples of TBIs that would also be classified as ABIs can include:

What Are the Results?

Other than devastating? This just about sums up any type of TBI. Experiencing a TBI or watching a loved one suffer from one is an emotional and stressful situation.

After responding to a loved one who is suffering from a TBI, and getting him or her medical attention, there are then a lot of unknown factors…

A TBI of any severity can have some life-changing, long-term, and even permanent effects.

Some of these can include:

A TBI that is severe enough might also compromise an individual’s ability to live independently, work or perform even basic job duties, drive and even eat certain foods.

If you yourself have suffered a TBI or you’ve watched a loved one suffer from a TBI as a result of an accident, then you may have a personal injury case on your hands.

However, working with a Boca Raton traumatic brain injury attorney can help discuss your accident, your situation, and determine if you have a viable case.

Working to acquire a proper settlement after a car accident is the least we can do to help you and your family cope with such a life-altering event.

Get a free consultation from a Boca Raton traumatic brain injury attorney for helping your family cope with a TBI.