[Infographic] Undeniable Proof That Texting and Driving is Your Worst Nightmare 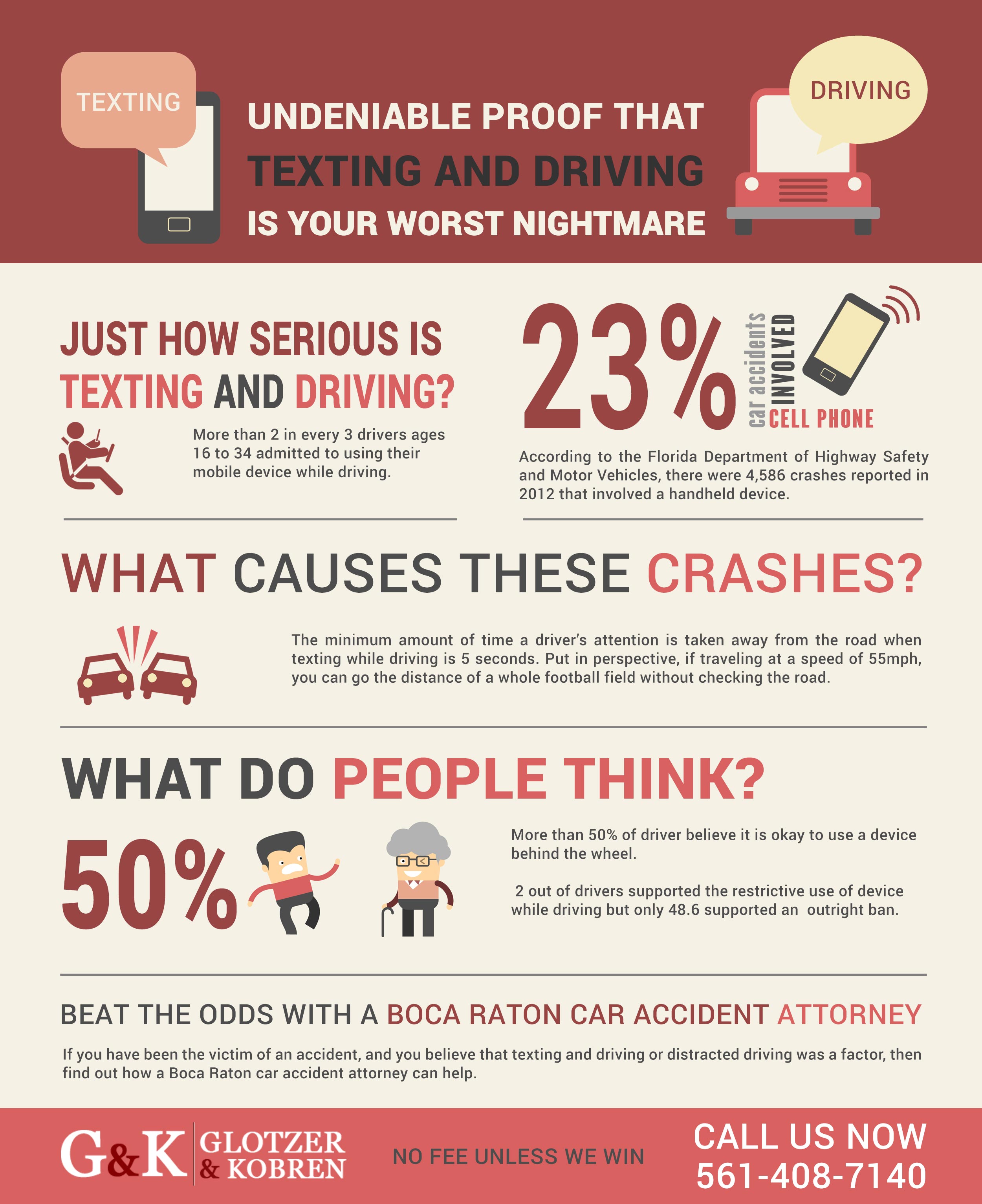 Texting while driving is one of the most common causes of road accidents in Florida and the United States. Prevalent across all age groups, the de-“vice” is responsible for thousands of road accident cases every year. So whether it’s you, a loved one, or your teenager out there driving, texting and driving has become many drivers’ and parents’ worst nightmare.

Read more about texting and driving accidents in Florida here.

Just How Serious is Texting and Driving?

According to the AAA foundation, motor vehicle crashes are the leading cause of death for teens, children and young adults going up to the age of 34. Further to the point, a sample of 3,896 U.S. drivers aged 16 and older, revealed glaring details. 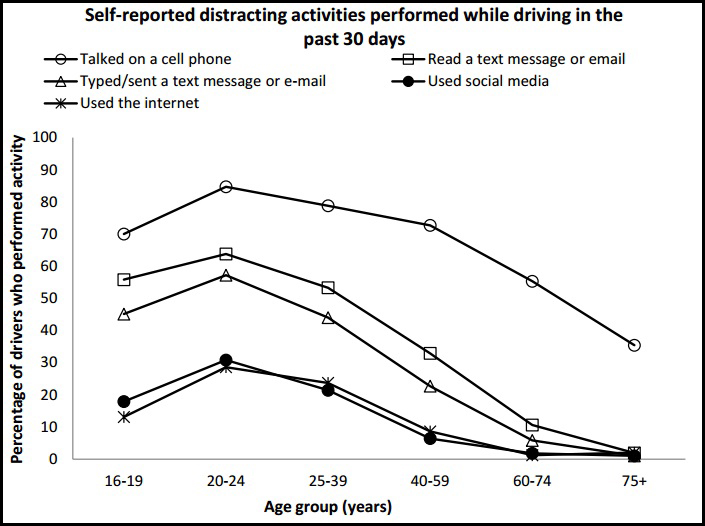 More than two in three drivers admitted to talking on their mobile device while driving in the past month. One in three said they did so fairly often.

According to the Florida Department of Highway Safety and Motor Vehicles, there were 4,586 crashes reported in 2012 that involved using a handheld device. Data from Texting and Driving Safety was more mind-boggling. In 2011, at least 23% of all auto accidents involved cell phones.

What Do People Think?

While there was a high disapproval for the de-“vice” at 66.1%, more than 50% of the drivers believed that most drivers approved of it. Two out of three drivers supported the restrictive use of mobile devices while driving but only 48.6% supported an outright ban.

What Causes These Crashes?

The minimum amount of time a driver’s attention is taken away from the road when texting while driving is 5 seconds. Put in perspective, if traveling at a speed of 55mph, you can go the distance of a whole football field without so much as checking the road.

Because of this long period with your eyes off the road, texting makes car accidents up to 23 times more likely to occur. Dialing a number increases the chances of a crash by 2.8 times, talking and listening by 1.3 times, and reaching for a device by 1.4 times.

As a percentage of the entire 16-17 year old American population, 82% have cell phones. Of these, 52% have admitted to talking on their cell while driving and 34% to texting while on the wheel. The report further reveals that 13% of all drivers aged 18-20 admitted to communicating on their mobile device at the time of a crash.

Even more shocking was that 77% of young adults were confident they could safely text while driving and 55% claimed it was easy to do so.

Despite these young adults’ acceptance of the dangerous habit, it has been recorded that teens who text while driving spend up to 10% of their time outside of their lanes.

Interestingly, adults do it too. Up to 27% of adults have sent or received text messages while driving and 48% of kids aged 12-17 have been in a vehicle with the driver texting.

The habit is not only limited to texting and calling, one in five drivers has confessed to surfing while driving.

What are the Texting and Driving Laws in Florida?

In 2014, Florida Department of Motor Vehicles declared it a secondary offence to text while driving. It specifically criminalized using of wireless communication devices while on the road. Because the law is a secondary law, a police officer can only pull you over if you violate a law while using a mobile device. It is not enough that you were using the device but that you did so while violating a traffic regulation.

Read more about texting and driving laws in the state of Florida here.

Beat the Odds with a Boca Raton Car Accident Attorney

Visit here to learn more about texting and driving and how a Boca Raton car accident attorney can help.