Love them, hate them, or approach them with a degree of ambivalence, it appears drones are here to stay. It seems nary a day passes without a new report of someone getting arrested or sustaining an injury involving what the Federal Aviation Administration (FAA) calls “unmanned aircraft systems”. 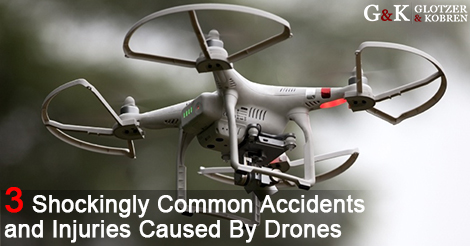 In fact, drones have become so popular that the FAA is now requiring drone pilots and owners to register their drones as of January 2016.

As experienced Boca Raton injury attorneys, we have been keeping an eye on some of the most common drone accidents, and how this technology can cause a number of injuries.

Read on to learn about the most common injuries associated with drones. You can also visit here to read more about personal injury accidents.

1. Amputations – Most people do not associate drones with loss of limb, but it has happened. With rapidly spinning blades and high speeds, drones can be deadly. In one gruesome case, a photographer for the Brooklyn Daily lost the tip of his nose when a drone smashed into his face, slicing off the tip of his nose and causing him to suffer other facial lacerations.

Although he did not suffer an amputation, singer Enrique Iglesias narrowly missed having his fingers severed when a drone crashed into him during a live performance.

He suffered injuries, including fractures, severe enough to require reconstructive surgery to his hand. Images posted on the singer’s social media accounts show his hand bloodied and wrapped in bandages immediately after the accident.

Check out this site to read more about that story.

2. Eye Injuries – In one horrific case, a toddler in England lost vision in one eye after a drone struck his face, slicing into his eyeball. The injury occurred when a neighbor lost control of his drone near the little boy’s home. The child must undergo a series of surgeries before doctors can fit him with a prosthetic eye. The physician who treated the child said other eye injuries caused by drones are “inevitable”.

Read more about this story here.

3. Concussions and Head Injuries – Many people think of car accidents and falls when they think about concussions. In reality, a concussion can occur any time an object strikes the skull.

In some cases, people have been injured when a drone crashes into them unexpectedly. In Australia in 2014, a triathlete was injured when a drone operator lost control of his drone, causing it to crash into her head. The woman stated she had to sit down after the crash because she felt like fainting.

In a potentially deadly case, another drone fell from the sky to smash into the ground immediately behind a world champion skier as he sped down the slopes during competition in Italy.

The drone was a professional device used by the competition’s camera crew and designed to hold heavy equipment. Had it crashed into the skier, it likely would have caused significant injuries.

You don’t have to be running a triathlon or skiing the slopes to be injured by a drone, however. In another case, a crowd of spectators in Virginia were startled when a drone fell into them, injuring several people.

Visit here to read more about this story as well as other drone-related accidents. 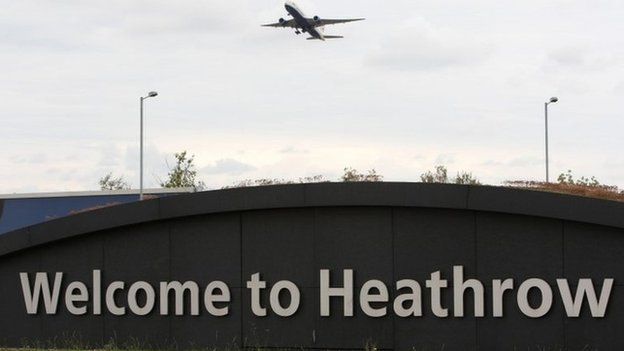 Perhaps the most often reported injuries and disasters caused by drones are collisions that occur when a drone operator flies irresponsibly. In 2014, the pilot of an Airbus A320 reported a near-collision with a helicopter-style drone at Heathrow Airport.

The plane, which has a capacity of 180 passengers, came perilously close to striking the drone. According to aviation experts, drones are capable of causing serious accidents in a mid-air collision with a passenger plane.

Check out this news report for more information.

The Evolving World of Drone Injuries

Although the FAA now requires operators, owners, and pilots to register their drones, drone models are widely accessible and affordable. There is no guarantee that a drone operator has the requisite skill and experience to fly a drone safely.

As the above examples show, anyone can be injured by a falling drone at a variety of events. Unfortunately, these types of injuries are only likely to increase as more amateur drone pilots take to the skies.

The phrase “drone injuries” may sound like science fiction, but it is a very real area of personal injury law that is rapidly unfolding.

Because the law is still evolving in this area, these types of cases require the help and skill of an experienced Boca Raton personal injury attorney, and to answer many FAQs about drone accidents, such as:

These are all important questions that demand answers from a knowledgeable personal injury lawyer Boca Raton.

Visit here to ask a Boca Raton personal injury lawyer your questions for free, and find out if you have a case.