Aggressive or Defensive Driver: Which One Are You? 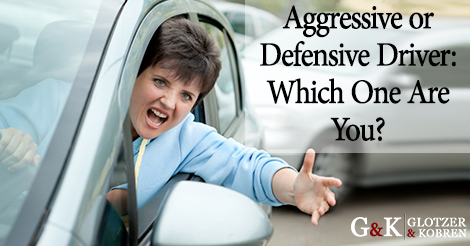 Aggressive drivers are everywhere. When people are in a hurry and get behind the wheel, they tend to leave their good judgment behind. Unfortunately, aggressive driving is responsible for a large number of car accidents.

Read on to learn more about car accidents caused by reckless, negligent, and aggressive driving, and how you can combat against it with a car accident lawyer in Boca Raton.

What Is Aggressive Driving?

Aggressive driving encompasses a wide range of behavior. According to the AAA Foundation for Traffic Safety, it is a factor in one-third of all auto accidents.

Some examples of aggressive driving include:

Most people will admit to some form of aggressive driving at least once in awhile. Everyone is busy, and everyone gets frustrated on the road. However, no matter how angry or fed up you are behind the wheel, it’s important to remember that aggressive driving puts you and your passengers – not to mention other motorists – at risk; instead, consider defensive driving.

What Is Defensive Driving?

Simply put, defensive driving aims to minimize the dangers on the road. Motorists who drive defensively do things to reduce the risk of a car accident, such as:

When a defensive driver encounters an aggressive driver, he or she is most likely to slow down and move away from the agitated motorist. Like most bullies, aggressive drivers lose their steam when a victim refuses to respond to their taunts.

The same dynamics usually work on the road. Once an aggressive driver realizes the other motorist wants nothing to do with their confrontation, they tend to move on.

When you drive defensively, you stay safer on the road. By being aware of your surroundings, obeying traffic rules, cutting out distractions, and avoiding confrontations with other drivers you keep the road safer for you and everyone around you.

Fortunately, you don’t have to be a commercial truck driver to use defensive driving techniques in your own life. There are numerous driving schools that offer these courses. You can also practice defensive driving on your own by getting rid of distractions in the car and keeping safety in mind when you drive.

The first defensive driving course was created in 1964 by the National Safety Council. Since then, defensive driving has become popular amongst commercial drivers and others who must drive frequently as part of their jobs.

How Long Can You Stay Sane Behind the Wheel?

But, what happens when your anger gets the better of you? No one can stay completely calm all the time. What if you’re in a rush for an important meeting and another driver cuts you off? Perhaps you have a sick child at home who needs you right away.

When situations like these arise, it puts our driving abilities to the test. It is tempting to speed or swerve around other vehicles to get to your destination a little bit more quickly.

However, in these scenarios, it is important to do everything you can to minimize your anger and stress. Consider doing the following to keep yourself calm behind the wheel:

Although it can be difficult to resist the temptation to accelerate, remember that an accident is the last thing you need. Your health and safety are not worth arriving at your destination a few minutes earlier.

Florida Is Cracking Down on Aggressive Drivers

According to TACT, fatal tractor-trailer accidents involve driver error on the part of both truck operators and car drivers 88 percent of the time. By contrast, bad weather and poor road conditions only cause 12 percent of commercial truck accidents.

If you have been injured by an aggressive driver, you have rights. You may be entitled to compensation for your injuries, property damage, and other losses. You don’t deserve to suffer because someone else decided to drive negligently.