Can You File A Claim Against The Insurance Company For Failing To Represent You? 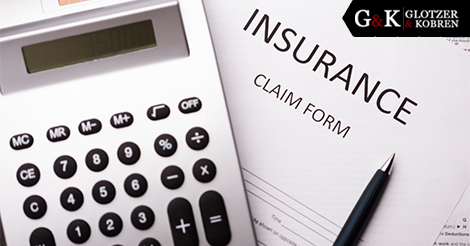 Insurance is a valuable tool that helps you to reduce the financial impact should an event occur. You probably have insurance on your home, business, car, and persons. Insurance can be purchased for many reasons, which include theft, personal injury, property damage, and much more.

A policy is a contract between you and the insurance company that states as long as you make the premium payments, they will cover you in the event of an incident.

Let’s assume that your home caught on fire and you were injured as a result. You file a claim with the insurance company for the costs of your injuries, on top of the damages to your home.

Your neighbor came over to help you battle the blaze and was also hurt. The insurance company will not pay her by your claim; rather she will have to file a lawsuit as a “third party” for compensation.

The insurance companies’ job is to defend you in such a lawsuit. A lawsuit is known as a liability, and this is where things get quite complicated.

The insurance company is required to defend you when a third party brings a claim against you. They must hire a lawyer to represent the policy holder. If you are found liable for the damages at the hearing, you are required to pay for the neighbor’s medical bills.

Duty to Indemnify means that the insurance company must pay for the third parties damages up to the policy allowances, but they do not have to pay one penny more.

The insurance company would pay the “third party” within the policy limits and in a perfect world, all would be fine. However, there are conflicts that can arise. It may require a separate attorney for the insured if the payments should go above the policies limits.

Should the insurance policy not cover the amount of debt, the Cumis counsel, as it is called, is hired to settle the claim. Their goal is to use tactics to get the third parties costs within the limits of the policy. Threats to go to trial may be used, among other things.

When the Insurance Company Fails

The insurance company is supposed to be on your side and protecting you, but sometimes it does not always feel as such. As a policyholder, you have the right to sue your insurance company if you feel they did not represent you in a personal injury claim adequate. If you have a legitimate reason for your suit, you can proceed.

You should be warned that insurance companies are very powerful and have a lot of money and legal resources behind them. Before going to court, you need to make sure that your claim is undeniable.

If they have refused to pay for a personal injury claim, they typically have very good reasons to do so. Within the clauses of your policy, they have found a loophole that gets them out of paying.

The insurance companies are not above the law and will often do and say what they need to in order to get out of payment. While it is important to recognize the entity you are up against, it does not mean that you cannot win.

A personal injury lawsuit is a big task in and of itself, and the insurance company has a duty to represent you according to the contract you have.

Before any of the above happens call the personal injury lawyer at Glotzer & Kobren. They will walk you through the process and make sure you get the money you deserve to move forward.