As Alice Cooper once sang, school’s out for summer. This means young people everywhere are hitting the roads instead of the books. Unfortunately, summer is a peak time for underage drinking, which can lead to car accidents. 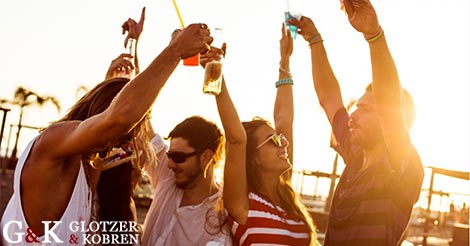 Parents sometimes struggle to find ways to get through to their teens about the dangers of drinking and driving.

As Boca Raton car accident lawyers, we want to do everything we can to help parents teach their kids about being safe behind the wheel, which is why we gathered some stats and tips about curbing teen drinking and driving.

Teen drinking has many consequences, from a higher risk of teen car accidents to long-term health problems.

As a parent or caregiver, you want to do everything you can to educate the young person in your life about the dangers of drinking and driving.

Here are some tips from Mothers Against Drunk Driving (MADD) to help you talk to your teen about staying safe this summer.

It’s also important for parents to model responsible behavior. Children and teenagers look to their parents as role models of appropriate conduct.

If your teen sees you drive after consuming alcohol, this can send a message that drinking and driving is okay.

Also Read : I Was Hit By a Drunk Driver, What are My Legal Options?

Have You Been Injured by a Drunk Driver?

The summer is a great time to gather with family and friends. Unfortunately, gatherings can turn tragic due to a drunk driver’s carelessness.

For help after a drunk driving-related injury, get in touch with a Boca Raton car accident lawyer as soon as possible.