Which State Has the Worst Drivers?

If you plan on taking a road trip this summer, it’s important to remember that terrain and driving conditions vary widely depending on where you are in the country. 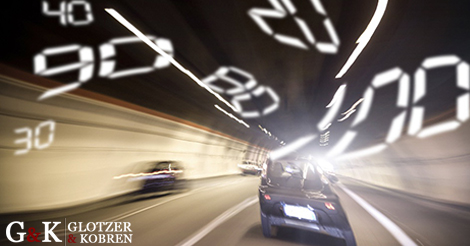 For example, there is a big difference between driving in the deserts of Arizona and navigating the mountain passes of Colorado.

When you travel, you also have to watch out for other drivers. Driving behaviors also vary widely by region. In fact, some states are notorious for having high numbers of careless motorists.

Recently, a car insurance comparison website ranked drivers in all 50 states and the District of Columbia across several categories using statistics from the National Highway Traffic Safety Administration.

If you have been injured in a car accident in Florida or another state, contact a Boca Raton car accident lawyer as soon as possible.

How the States Stack Up

If you’re wondering which state has the dubious distinction of having the worst drivers in the country, you might be surprised to learn that Montana takes top honors.

The Big Sky Country state topped all other states for speeding. Montana also ranked sixth for careless driving and came in eighth for failure to obey traffic laws.

As one of the nation’s least populated states, and one with miles of open country, it may seem hard to believe Montana is also home to the worst drivers.

As reported by USA Today, Montana’s high speed limits and severe winter storms make for a deadly combination when it comes to driving.

Montana is also one of a handful of states that permits drivers to go 80 miles per hour on certain freeways. In the late 1990s, the state also rather famously did away with speed limits altogether during daylight hours. That law has since been revised, but Montana residents still like to drive fast.

Other states with the worst drivers include New Mexico and South Carolina, which tied for second place, followed by Texas, Louisiana, and Arizona.

Study of Fatal Crashes in the U.S.

According to the website behind the study, the states were ranked according to five categories:

The study also considered fatal crashes only. Almost across the board, the states with the worst drivers also had the highest incidences of careless driving.

Where Does Florida Rank?

Florida drivers can hold their heads high. The Sunshine State ranked 32nd for the worst drivers in the United States.

Other dangerous Florida roads on the list include Interstate 4, which ranked third, and Interstate 75, which placed 15th.

No matter how carefully you drive, you can’t control the behavior of other motorists. Unfortunately, you risk being involved in a car accident every time you get behind the wheel.

One thing you can control, however, is how you deal with the aftermath of a car accident. Contacting a Boca Raton car accident lawyer is one of the best things you can do for yourself after a motor vehicle collision.