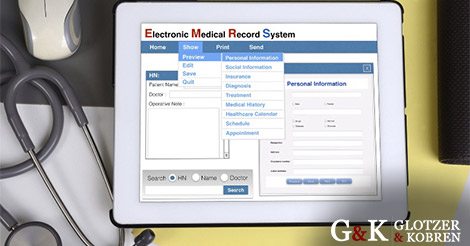 In order to arrive at these results, the Doctors Company looked at nearly 100 claims filed between January of 2007 and June 2014, in which electronic health records were involved.

Victims of Malpractice May Be Entitled to Compensation

Have you already been a victim of medical malpractice? If so, you may have grounds for a legal claim against that provider.

When a doctor fails to give you the same level of attention and care that would have been provided by anyone else in that situation, he or she may be guilty of medical malpractice.

The study was put together in order to analyze electronic health record errors. Although there were very few claims at the beginning, there are increasing concerns that malpractice risks are actually on the rise.

In recent years, electronic health records have become more widely adopted, but other medical professional liability insurers have become increasingly aware of the liability risks associated with these kinds of issues.

The adoption of electronic health record systems in the United States has increased by more than five-fold in acute care hospitals, not associated with the Federal Government. 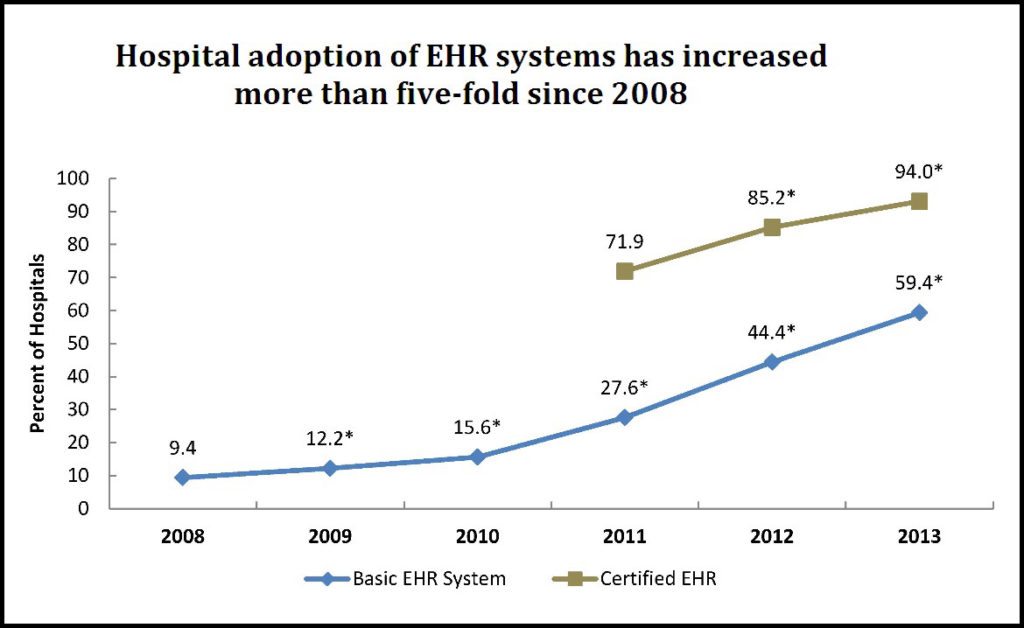 According to research conducted by the Office of National Coordination for Health Information Technology, in 2008, less than 10% of those hospitals were using an electronic health record system.

By 2013, however, more than 93% of them had adopted this technology. Some of the issues most common in the malpractice claims evaluated in the research study were technology issues, as well as human error.

1. Health records being tracked in multiple formats and stored across multiple locations
2. Data entry errors
3. Problems with conversion from paper to digital files
4. Lack of EHR education and training
5. Copying and pasting data without modifying it

The majority of the EHR claim events initiated at a doctor’s office or a hospital clinic, making up 43% of the claims.

The next most common locations for these medical errors included surgery centers or ambulatory centers, operating rooms, emergency rooms, radiology and imaging, labor and delivery, oral surgery and dentistry, and the patient’s room.

Technology linked to electronic record keeping were contributing factors in many of these claims, including:

The research study delved even further and identified that certain types of medical specialties were more likely to be involved in EHR related claims.

All internal medicine specialties including gastroenterology, oncology, and cardiology were impacted, as well as primary care, gynecology, nursing, radiology, anesthesiology, and general surgery. Electronic health records have also made it easier, but potentially more problematic for electronic prescriptions.

Doctors are responsible for information that they can access inside an electronic healthcare system, but accidents can and do happen.

If you have recently been injured as a result of problems with your electronic health records or some other mistake at the doctor or hospital, you need to consult with a Boca Raton malpractice attorney. You may be entitled to receive compensation for your injuries.

Determine when you do and don’t need help from an injury attorney in Boca Raton with this blog: https://www.glotzerlaw.com/2016/05/03/8-signs-you-need-help-florida-personal-injury-attorney/